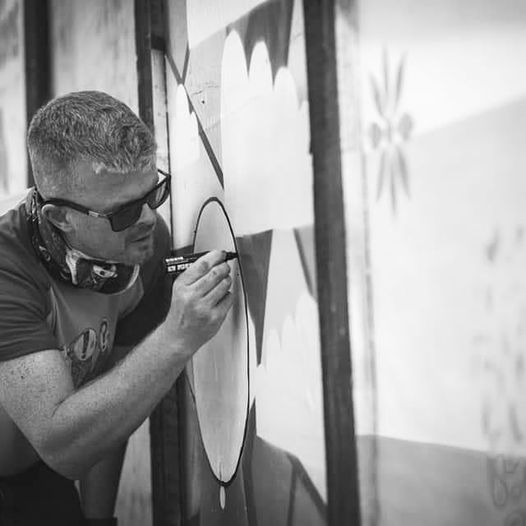 If you’ve been following our articles, you’ll know it’s normally us that does the interviewing but a couple of weeks ago the tables got turned. UK artist Darren Chaplin, aka C73, asked if we’d be interested in talking about all things art and CreativeFolk for his YouTube channel, so of course we said yes.

Why did you decide to set up a Youtube channel and start interviewing artists?
It was a combination of things really. First and foremost …..I am nosey, and I think if we’re honest most of us are. We want to see more than just the art, we want to get to know the artist or peer behind the scenes and find out a bit more. So that’s why I wanted to interview artists, I have always had a fascination with things associated with art, like looking at other artists’ studios, materials and creative process, so it kind of progressed from there.

Why YouTube? Well a friend signed me up for a course (YouTube Academy with Adrian Salisbury) which I found it incredibly useful. I am eternally grateful as it was a great course.

So how long has your channel been running for?
I set up the channel about a year or so ago and had like 3 subscribers for ages because I had no idea what I was doing…. so I revisited it once I’d started the course and began adding new material in August.

It’s all still relatively new. I’m hoping to get some money (a grant or sell some art) to buy some better equipment and start making the videos look more professional but the main thing the course taught me was to just get on with it and create content. Once I have the new equipment I can go back and revisit some of the artist interviews and update them.

I also have plans to do videos of my own process and behind the scenes in the shedio but think I will wait until I have a better camera to do that.

Who’s on the wish list of people you’d like to interview?
I want to interview some local artists and have a few that I’d like to talk to and I am in the process of contacting so watch this space…..

I’d love to interview My Dog Sighs, Isaac Cordell, Slinkachu, Herakut (love their murals), Dan Lane, Indie Matharu, John Doh…….. aggghhh what a question …there are just so many hugely talented individuals out there …….the actual answer really should be anyone who creates, I want to interview you all.

Have there been any answers you’ve been surprised at so far? Any relevations?
It’s early days yet but no, nothing has surprised me as it’s artists haha!! I’ve enjoyed all the interviews so far but I found the experience of interviewing Michael Che Romero quite different as he was in LA.

He has such a great space which he showed me around and it was the first time I’d interviewed a complete stranger who I had literally met minutes earlier.

How have you found dealing with the Covid crisis? Has it impacted you as an artist?
Yes it has, it’s made me look at how I create art, but it’s also made me feel a bit flat at times and not like creating at all which has been a shame.

I’ve been involved with projects that others organised, that way I have to do it and once I start, I enjoy it….. projects such as a co-lab with SP Zero and others doing an illustration about Covid19. Then there was the Background Bob Project which has grown into something massive. I’ve also contributed art to the Bored Friday Project a SSOSVA related project.

Where did your style and characters, within your art, come from?
I tried several styles before coming up with the ‘Marks Brothers’ and they first appeared in my art in around 2004.

Originally it was ‘Question Marks’ alongside the words ‘Question Everything’ which I repeated several times and then decided to put questions next to him. I then developed Exclamation Marks for statements and Quotation Marks for quotes……and thus the Marks Brothers were born.

They are just 3 guys who are a recognisable part of my work, they have punctuation marks instead of facial features hence the ‘Marks’ brothers.

I am going to be experimenting with different techniques for the backgrounds over the next year or so and may even go 3d adding sculptural elements to my pieces.

I have so many plans and I am really excited about the future of my art. Ideally I’d love a permanent wall or two for the Marks Brothers to adorn….the bigger the better.

You work in the mental health care sector, does this influence your art?
I work for a charity as a mental health lead so I am involved in mental health services here in Cornwall and regularly come into contact with people struggling.

It certainly influences my art but my art also influences my work. Last year I created a piece of art and a poem to raise awareness of the high suicide rate in Cornwall. Also, the Marks Brothers characters I use are often accompanied by positive messages to hopefully have a positive impact upon how the viewer is feeling.

I also set up Free Art Friday Truro to share art with people although Covid19 has kind of put that on hold (I worry that the art won’t be picked up due to people worrying about the virus so in effect I’d be adding to the litter problem).

Finally, any future plans lined up? Who are you interviewing next?
Yes I have a couple of people I have spoken to (no spoilers) and will be contacting more once I have time as the play I am rehearsing for at the moment (‘The Night Before’ – a play about WW1 trenches and the soldiers who fought) is taking up a lot of time and I want to get that right 🙂

I’m also doing a guest slot on a blog by Atha Moon and talking to someone else about their blog and how we can help each other out.

I’m also hoping to get a lot of time lapse type videos of me creating some work but at the moment I am working on the Quotober pieces and prior to that I challenged myself with 73 Days, 73 Faces by C73 so it’s all about setting tasks to keep motivated and avoid procrastinating.

Thanks to Darren Chaplin aka C73 for chatting to us. If you want to check out more of his vids head over to Darren’s YouTube channel. 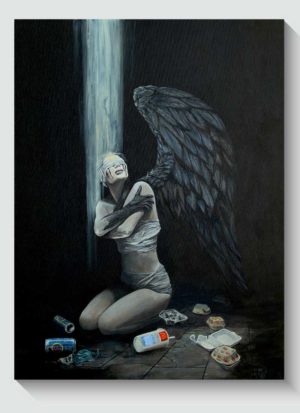 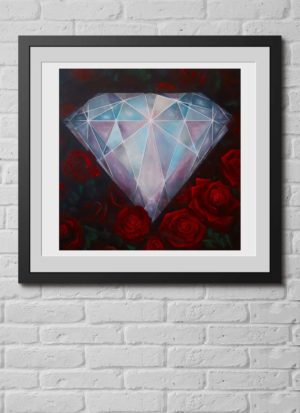 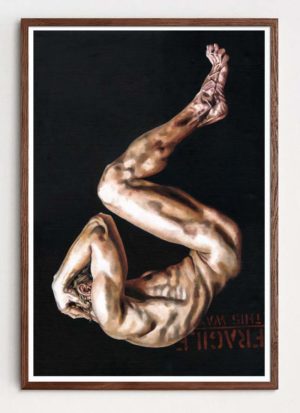 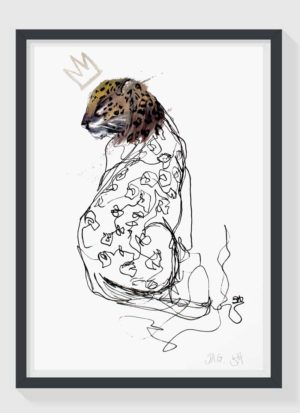 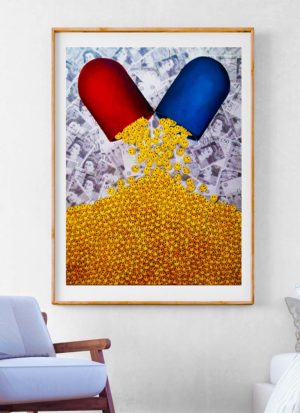 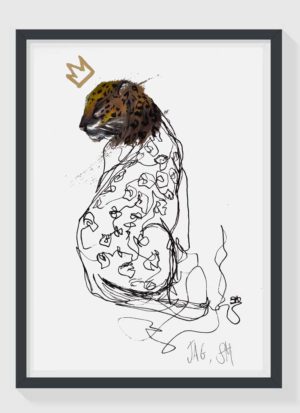 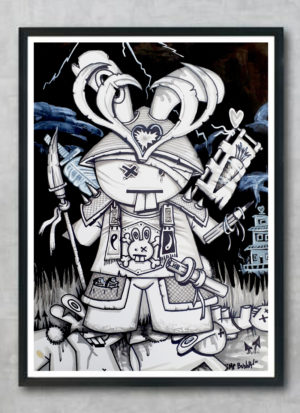 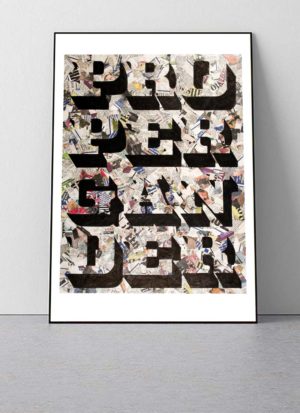