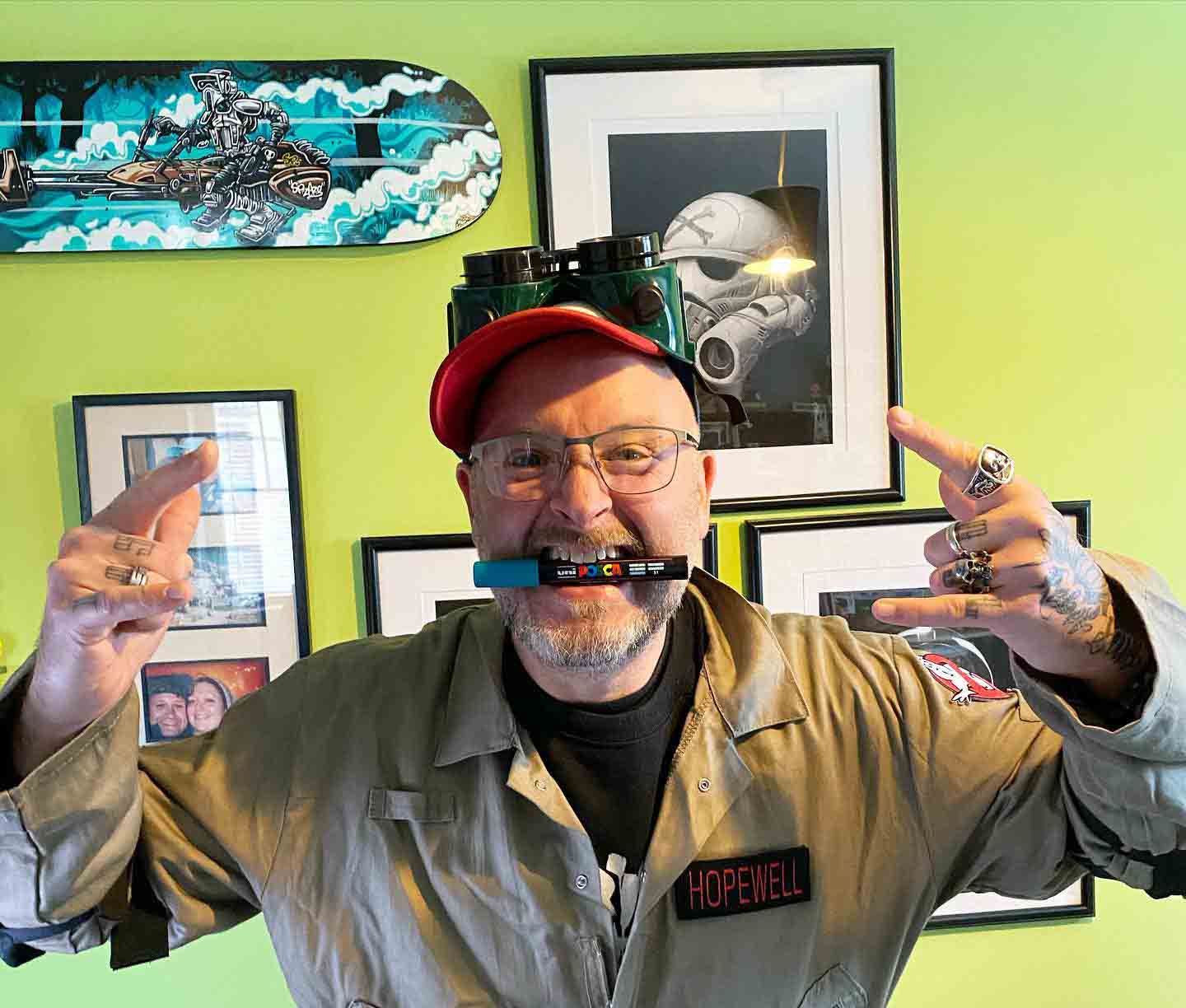 The prolific and insanely talented SP:Zero

It’s been a while since our last ‘In the spotlight’ interview (August 2020 with Silent Bill to be precise) but we thought we’d start 2021 with a bang.

We have admired the incredible illustrative work of Keith Hopewell aka SP:Zero for a long time. Today we finally managed to drag him away from his busy schedule and fire some questions at him about his work…

Can you give us a brief introduction to your background and how art become your full time profession? Ok. It’s long! Ha. I have been drawing since I was a kid and won a colouring competition when I was really small. I read a lot of comics and this heavily influenced my style. As I grew up it was the only thing I was any good at so I went to college then Uni in Bristol to do a BA course in Illustration… partly because I didn’t know what to do with the skills I had!?!

There weren’t many illustrator jobs in my town when I was growing up. After Uni I worked in bars and coffee shops for years, trying to get a full time job creating art and I ended up living in Manchester. Eventually I got a job working for a computer games design company as an art worker in Leeds, but after a relationship break up I ran off to Australia for a year. It wasn’t until I got back to the UK and moved back to Bristol that I started working as a freelancer; freelancing for online games companies and creating illustrations.

I was always a fan of spray painting after moving to Bristol and seeing the Walls of Fire event (opposite the bar I worked in… way back in 97). I had friends who spray painted and I exhibited art at exhibitions alongside them but I was scared to pick up a spray can myself. It was a pretty public way of learning a new skill.

Eventually, around 2009-2010, Cheba got me out painting a commission and introduced me to spray cans and Posca pens. I was lucky enough to have like-minded people learning at the same time to practice with. Mainly Loch Ness and the Cretin crew, and I started a project called Collaberation Nation (supposed to be spelt wrong) to meet more like minded artists. Then I met the Lost Souls and started painting London, then Nationwide… then Internationally. That’s the short version. Now for the long….. ha ha. Nope.

You were originally called SPZero76, where did the name come from? I created it back in the late 90s, when I was exhibiting alongside other artists with pseudonyms. I wanted to be Solo originally, after Han Solo, but I got told there was already an artist with that tag. So I chose Solo Productions, Zero Talent since 1976. SPZero76. But now as I’m getting old, I have dropped the 76. It gives away my age. Ha. So now it’s SP:Zero.

What do you regard yourself as illustrator, graffiti artist, street artist, do you think there is much of a difference nowadays? I used to say I was a Street Artist… but now I guess I’m just an artist or an illustrator who uses different mediums to create art. That’s probably about right.

You are obviously influenced by graphic novel illustration, who/what are your favourite illustrators/graphic novels? Growing up I read GI Joe, Punisher, Batman, Spider-Man and X-Men plus some 2000AD titles. I guess my favourite comic artists are J. Scott Campbell, Food One (Jim Mahfood) and Ryan Stegman. I’m all about Venom, Spidey, Thor and the writing of Donny Cates now… plus a bunch of indie comics.

You’re in the process of creating your own graphic novel, can you tell us a bit more about it? I started creating illustrations and paint walls that had the same theme. ‘After the Robot Apocalypse’. Eventually I had created so much art around that theme it made sense to turn it into a comic. I may finish it in 15 years 😊

You have often collaborated with other artists like the Lost Souls. Do you prefer working with others or on your own? Sometimes it’s nice to paint a wall on your own, but it’s generally pretty boring.

What’s been your greatest achievement artistically so far? Wow. I don’t know. I’ve been really lucky to have been involved in so many different projects. I remember when I created Collaberation Nation back in the day and it got featured in Digital Arts magazine. I was on holiday in New York when the magazine came out and I managed to pick up a copy in Midtown. That felt pretty special.

Do you have a favourite piece you’ve created? It would have to be Motorcycle Emptiness which I released as a print and eventually painted on a wall in my home town.

What do you think of the current art scene and who do you think is killing it at the moment? I’ve taken my eyes off the street art world a little bit over the last year, as I’ve been focusing on comics more. Mainly due to Covid… but I have loads of favourite artists! Loads!!

What advice would you give to anyone thinking of making art their career? Never stop! I used to collect rejection letters (back when applications were done by snail mail). I got rejected from so many agencies and art jobs. Ha. Loads! I still can’t get an agent. But I never stop.

What’s next for SP:Zero? I’m going to continue with my own art, my comic and digital commissions until we get out of this Covid madness… but I can’t wait to paint some walls again and socialise. Paint jams here I come. I guess that’s it so far. 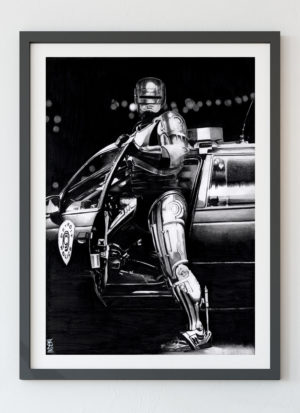 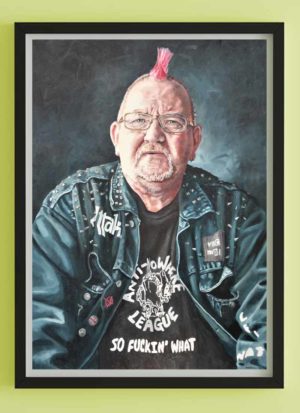 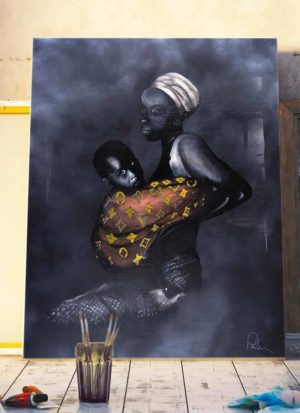 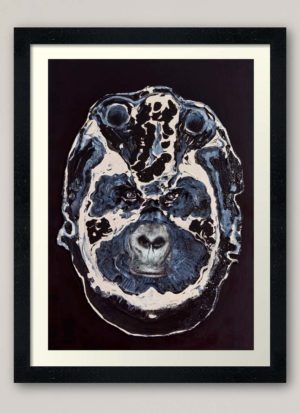 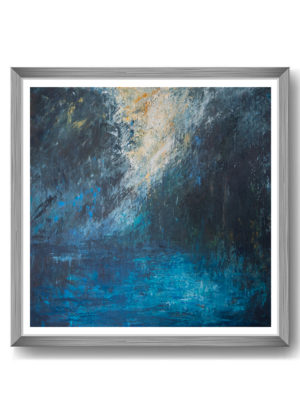 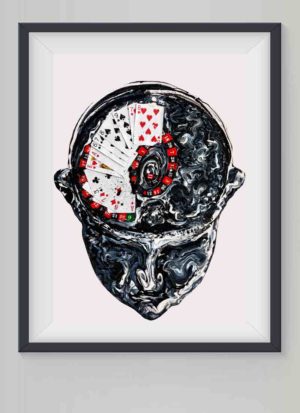 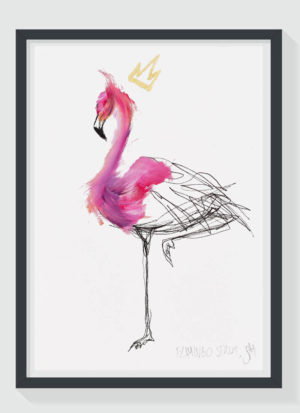